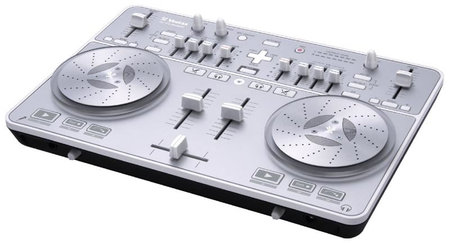 Vestax Spin a DJ system for your Mac

Japan based Vestax has announced the ‘Spin’ a music mixer for the Mac. It connects via USB and songs can be selected from the iTunes library. To get the party rocking you can mix, scratch music, play around with the tempo, change voice and even attach a mic for your creative remarks. The Spin will be made available in Japan starting December for 30,000 Yen ($ 330).
[Vestax]