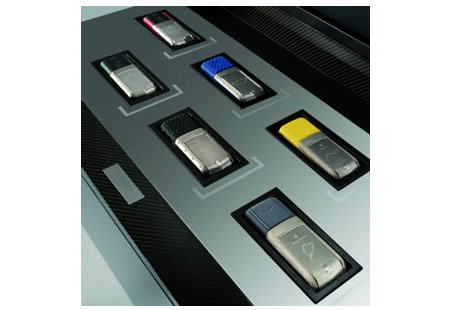 Vertu has concluded the last of its “Racetrack Legends” series by paying tribute to all of the six greatest circuits on Earth! Luxury cellphone maker Vertu, a Nokia subsidiary, recently took the wraps off the last two models in its RaceTrack Legends line of handsets. The yellow Monaco and the gray Nurburgring models seen here follow the red Monza, green Silverstone, blue LeMans and black Indianapolis editions released earlier this year. Grab one before they cross the chequered flag as each phone is limited to a production run of only 1,000 pieces. These racy phones will be made out of a special kind of metal alloy named LiquidMetal and will have a laser-etched engraving with the design and name of each racetrack.

The phone’s themselves feature the same specially-treated, carbon fiber-mimicking leather as the earlier models and presumably the same technical specs, though Bluetooth and tri-band connectivity are hardly the big selling points here. And if you have to ask about pricing on these, then you probably aren’t worthy of one of these!
Via – Luxurylaunches 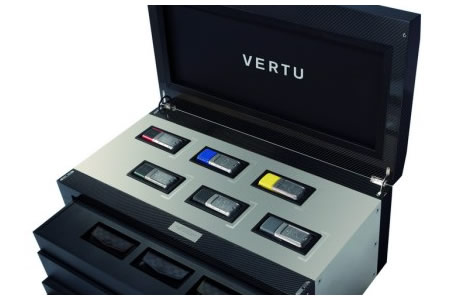