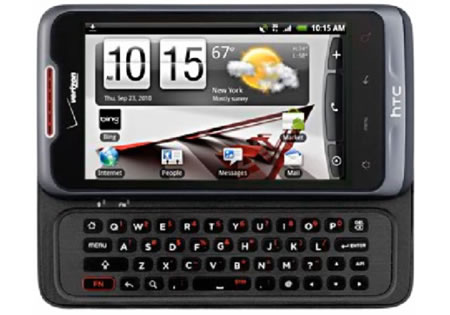 Verizon prematurely shows off HTC Merge on site, pulls it down later

Sometimes a leak is more of an official yet, slightly unofficial occurrence. Allow me to elaborate, just recently Verizon “accidentally” had 360 views of the upcoming HTC Merge Android powered handset showcased on their site. The snappy looking 3.8-inch touchscreen equipped handset was on the site for awhile showing off its full QWERTY slide out keypad as well as other angles before it was taken down for being a little premature. This is HTC’s first QWERTY touchscreen to make it to the Verizon line up. The Merge will also come loaded with a second-generation Snapdragon processor. There was no mention of the price unfortunately.