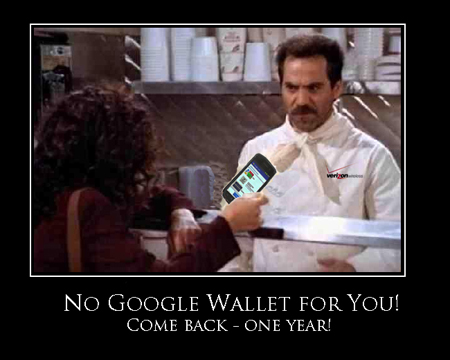 Verizon know that Google Wallet will pretty much beat the living day lights out of their own, backed mobile payment system, called ISIS. So they decided to block the dang application from the Galaxy Nexus. It’s not that it is the only application that intersects with one of their own. Google Wallet has a history of being blocked before as well. It was last banished from the Nexus S, by carriers such as T-Mobile and AT&T.

So, when will be there a time when Google step up and say, look! If you want my stuff, you send it along with all of my other stuff. Well, may be never.
AndroidGuys