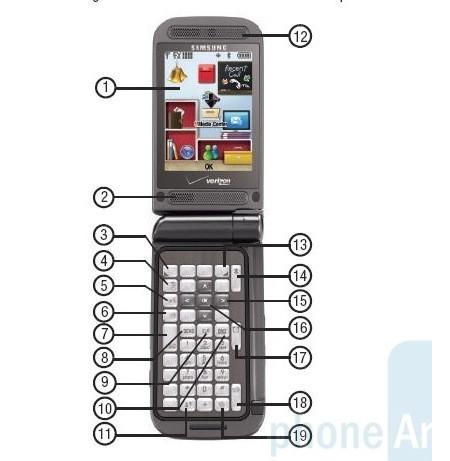 Verizon’s original Alias U740 dual-hinge phone was not a big hit but it was a clever idea and attempts to provide the best of both a QWERTY keypad and a standard clamshell number pad in a single device. But it sounds like Alias 2 has been improving on that concept by using dynamically –changing button labels to hammer home the mode switches. It’s still not clear what tech is being used to switch layouts. Rumors are that it is an E-ink display, since the labels apparently remain even without power. We’re expecting more along the lines of one of those segmented LCDs found in cheap universal remotes.
Source: [Engadget]