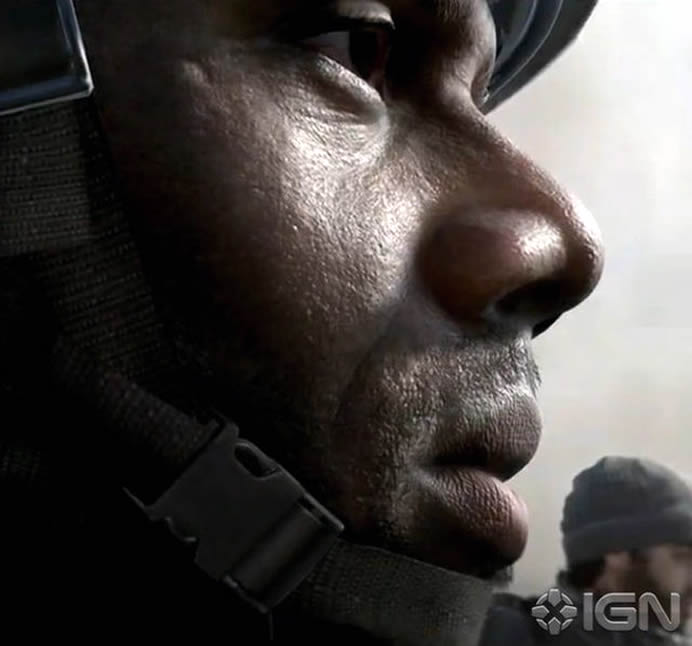 Most men compulsory have two things on their mind right now, bacon and Call of Duty. If you’ve got the former, we do too. If you’ve got the latter, we’ve got news for you! Screenshots of the latest in the Call of Duty franchise have surfaced and by the looks of it, the next game could indeed be more groundbreaking than ever! IGN pulled out this character close-up screenshot of Sledgehammer’s next-gen shooter and let’s accept it, the result seems pretty life-like. No, you aren’t staring at a screenshot of a still from the game’s opening movie. Instead, this is exactly how characters in the game will actually look, pitted skin textures and all!

The image was unveiled at Sledgehammer’s ‘Quest for Quality’ GDC panel in March. Not much has been said about the game itself, with the developer choosing to remain silent for now. We aren’t sure which platform the game will first be unveiled on, but judging by the screenshot, we recommend you begin upgrading your PC right about now. That said, we do expect to hear more about the upcoming Call of Duty game and we’ve already begun chalking out a schedule that’ll give us sufficient free time to disconnect from the world while we play.