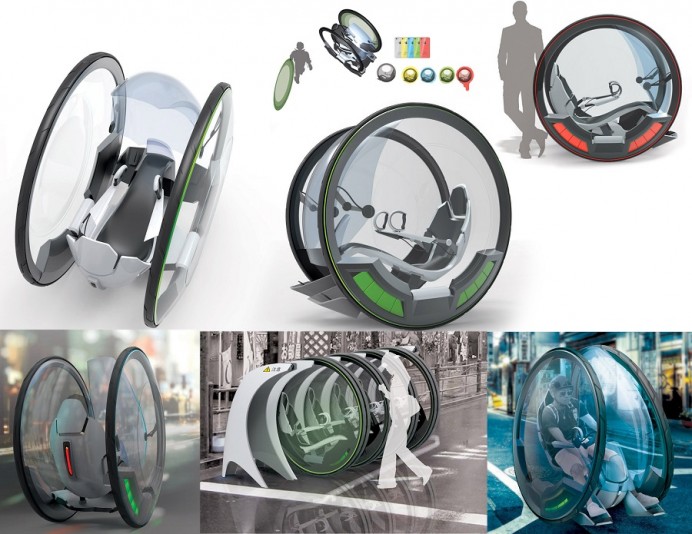 The automotive industry is going through a rapid transition currently and it is believed that the landscape of the industry and the technology in the passenger vehicles will be vastly different than what we see today. We all are well aware that many companies around the world are working on driver-less autonomous cars with Google leading the way, but another major issue the cars of the future is the burgeoning city traffic. For the 2014 “Create the Future” Design Competition, transportation and industrial designer Alex Langensiepen who hails from Beverly Hills, MI, United States has penned a concept car of the future which not only appears like the vehicles used in the movie Tron, but also folds down into smaller size. Named the “USF -Ultra Small Footprint Vehicle”, the concept has been designed around the city of Tokyo for the year 2025, with the aim at bringing excitement back into the commuter’s day to day travels.

According to the description given by Alex: “the City of Tokyo, while it has an extremely efficient transportation system that arrives promptly, all of the commuter trains are grossly over capacity, some as close as 200%, which leads to a dismal commute to work.The inspiration of the vehicle came from science fiction themes like Tron, the idea of having a vehicle disappear and re-appear on command was awe inspiring.” The vehicle gives an exciting alternative to the city’s public transport. The vehicle’s motor, battery system, and protective structure are all housed within the two large hub-less wheels on either side of the seat, utilizing the most space possible while saving weight. The weather protection system on the concept car is a single unit that adjusts automatically sensing the direction of the rain. But the most interesting feature of the USF is its ability to fold into a smaller size further reducing its footprint which will make it easier to store. 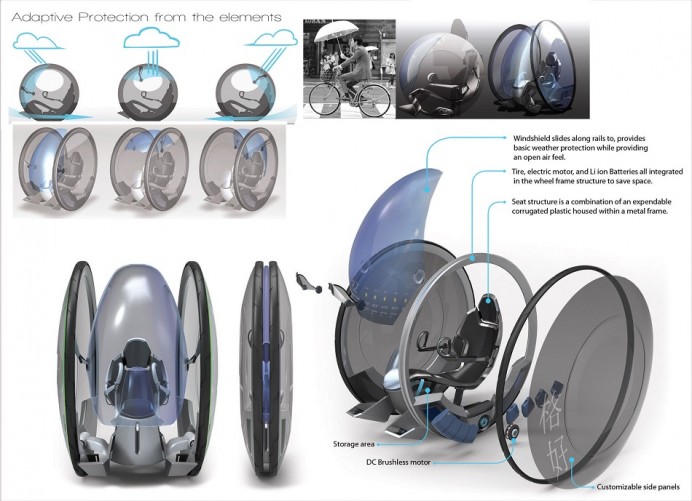 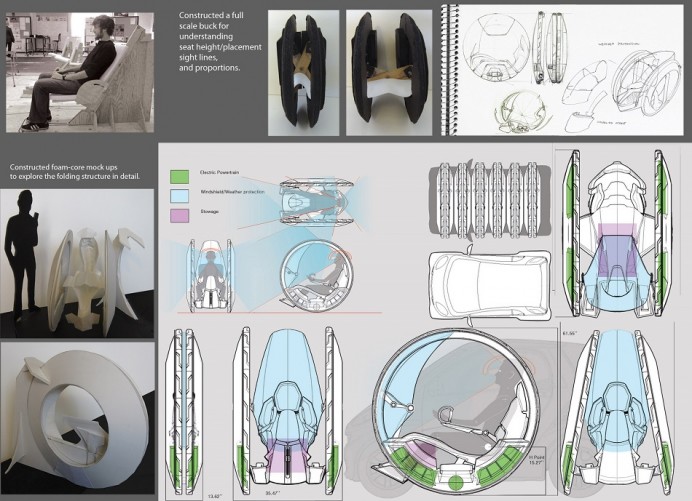