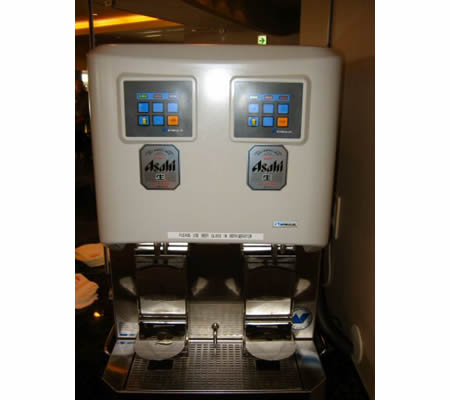 After the Beer robot here is the beer dispensing machine from Asahi spotted at Narita airport in Japan. It is probably the best, we’ve seen as not only does it tilt the glass but also adds a perfectly-measured head to the top using a separate nozzle.
(Video after the jump)