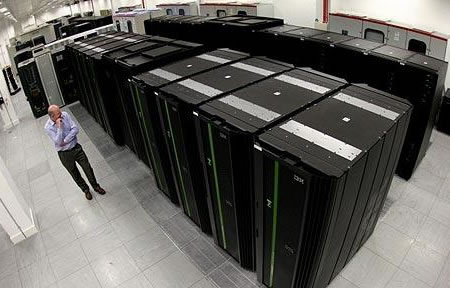 Whenever there’s something good done, there are bound to be repercussions, even if they are small. Here’s a perfect example. The Met Office in UK managed to get a hold of a fantastic super computer, capable of doing 1000 billion calculations in a second. It was made to help weather forecasters predict long time climate changes. Besides all the power it consumes (enough to light up a small town), the supercomputer also generates 12,000 tons of carbon dioxide in a year! Call that ironic.

A spokesman from the Met department said, “We recognise that it is big but it is also necessary. We couldn’t do what we do without it”. He also went on to say, “we would be throwing ourselves back into the dark ages of weather forecasting if we withdrew our reliance on supercomputing, it’s as simple as that.”
[Telegraph]