If you thought your alphanumeric passwords with symbols thrown in and biometric or retina scanners were easy enough to crack then perhaps you out to be looking at slightly more cryptic set of ‘characters’ to use to protect your precious data or bank accounts. One banking service has come up with a rather interesting passcode idea to help keep your information secure; Intelligent Environments, the service in question, is in the process of discussing a unique system of passcode entry for various banks using emojis instead of numbers; not unlike Windows 8 and their picture based log in system. 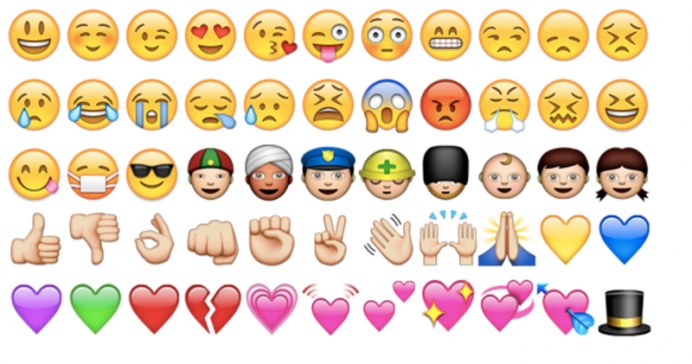 Emojis, in case you’re wondering what they are (which I highly doubt), are what we used to call emoticons; little smiley faces, icons of vehicles, animals, cartoon people, food et al. The idea is to use these charters instead of digits when you enter your pin number to access your account from an ATM or other service. If all goes well, Intelligent Environments would help banks allow users to choose from a list of 44 emojis to create a unique code for accessing their accounts. It’s uncomplicated and seems like it could be fun for some users. Perhaps the company’s belief that users might find it easier to recall images instead of numbers is true, however some of these emojis, like the ones on Whatsapp or gtalk look quite similar to each other and it could be a tad confusing, which might lead to some frustration. Of course this might cause you to change your code to the icon of an angry smiley character, also making it easy to remember.

Tony Buzan, Intelligent Environments’ memory expert had this to say – “The Emoji Passcode plays to humans’ extraordinary ability to remember pictures, which is anchored in our evolutionary history. We remember more information when it’s in pictorial form, that’s why the Emoji Passcode is better than traditional PINs.”

So instead of using birthdays and anniversaries as passwords, which are easy to hack, these images might be a better option as they could relate to emotions, sentiments and random series that might be hard to crack. The company is hoping to get the system in place in the next year. For us, in this ‘chat-app’ generation, emoji’s are a major part of our daily lives so it shouldn’t be hard to transition to.