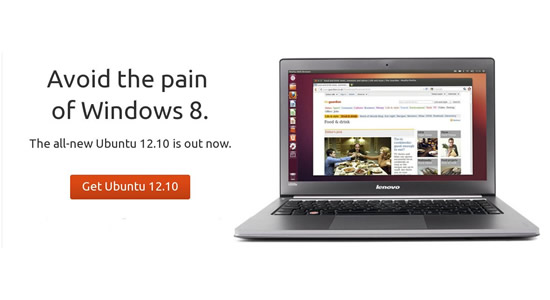 Ubuntu have raised enough eyebrows with their ad campaign to ensure that many know of the 12.10 version’s release. So they decided to go headfirst at Windows 8, which is scheduled to release just over a week from today, and have made quite a plain statement in doing so. The parent of the product, Canonical, hasn’t thought twice one may say but then it is quite credible in its own right with a Linux-based OS that is so user friendly and beautiful to look at, there are bound to be conversions.


Well, this isn’t new turf to war on. OS giants have been using advertising as one the best grounds for drawing blood. Waiting for Windows’ retaliation, should there be any.