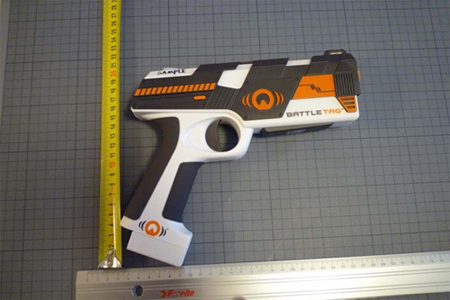 If you’re game for some good laser-based action then here’s some good news for you. UbiSoft’s Battle Tag laser guns have been cleared by FCC and will soon be in your midst. The guns use the RFID tags to get the tagging done with better tagging capabilities. The system now has room for virtual hit points, ammo, med-packs, and new game modes. With the new, improved fabric used on the vests, the shoulders, back and chest can be identified better. An LCD at the back of the gun shows ammo and other stats. 300 meters is the best the gun can reach when it comes to virtual shots. You can create customizable games from a PC.

Step right into the action by pre-ordering the laser tag guns for $130.
Electronista