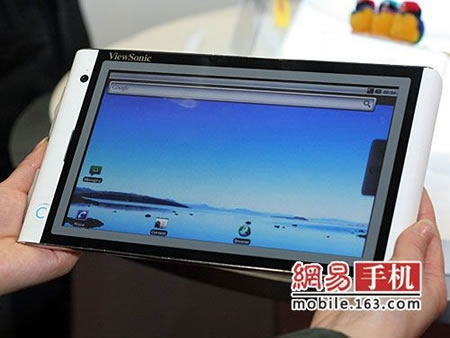 ViewSonic are working on two new tablets that they plan to release sooner than later. In fact there’s word that there will be an announcement sometime in September. How about the IFA conference in Berlin to be precise? Yes, that means it’s not long before we get a few early glimpses of the same. There are two models that we expect, namely a 10 inch and a 7 inch one. The latter will have 3G, Wi-fi, a-GPS, Bluetooth, an accelerometer, USB, microSD expansion, probably Android 2.2 and may be even a 5 megapixel camera. The 10 inch model may be blessed with dual operating systems that will offer both Windows and Android.

There’s no word about the pricing of the pair of them. But let’s hope ViewSonic deliver something that’s worth desire.
[Talkandroid]