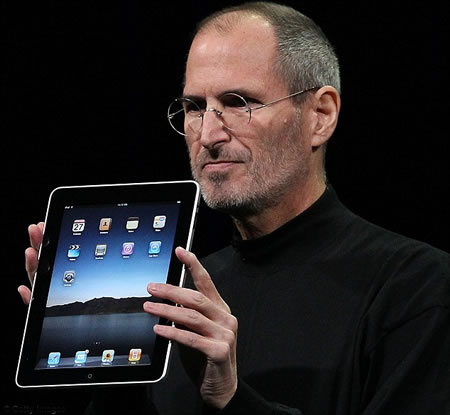 Two new iPad models to come in by Q4

With a sale of about 3 million iPads in a matter of just under three months and several situations where the ‘Sold Out’ board outshines the ‘Available’ one, the iPad can be safely declared as the most desirable gizmo in the world. However, as if they are having a smooth ride with the availability of the current iPad, the company has decided to go in for a 5.6 inch version and a 7 inch version. Both of these will sport OLED displays. It seems that the 9.7 inch version will also see some changes, with the addition of Chimei Innolux as one of Apple’s panel suppliers.

It seems that the smaller, newer versions will work better for the ebook market. They may well be the marriage of an iPhone and an iPad.
[IntoMobile]