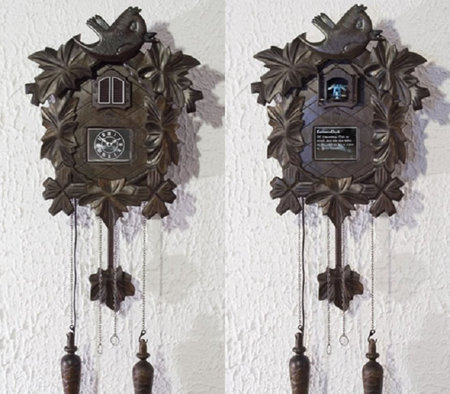 Twitter bird makes it to alarm clock, tweets too

Well the invasion of Twitter is almost complete. After seeping into our cooler, newer gadgets, the little blue bird has made it into things that we’ve loved as we’ve grown up. Take, for instance, the Twitter Cuckoo Clock. It displays messages from Twitter on a display which otherwise changes into a regular clock. The insides of the clock do not have the Steampunk mechanics that we often though about but instead, it’s all Wi-fi enabled and all. A Twitter API brings in the tweets.

The clock is a masterpiece of Haroon Baig, an interface designer who managed to change the way we look at time and in most cases, at Tweets.
[Wired]