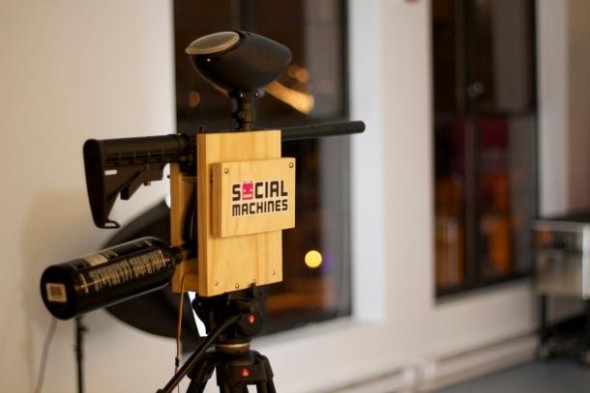 Social media and interactivity have always formed an undeniable alliance. Paintbot from iStrategyLabs is a cool Twitter-controlled paintball gun that detects and fires based on the right hashtag being used. So how does it work? It’s quite simple really. All you need to do is use the hashtag #islpaint and watch the messy firing take place, without worrying about cleaning up after it. There are instances and intervals where Paintbot has to be taken offline to clean-up, before the next firing session. So social media can actually have its own machine gun that fires relentlessly at a whiteboard.


The creation of Paintbot was inspired after iStrategyLab worked out the ‘social machines’ campaign. This reminds us all about the movie ‘Untraceable’ and the power of the Internet to draw masses to destruction, violence, crime, torture, or simply, paint ball.