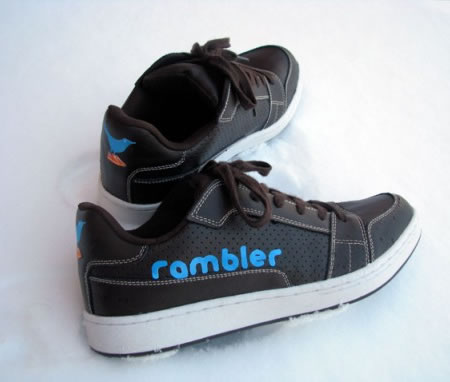 There were days when you’d have nothing to do and would count the steps you take on lonesome winter afternoons or maybe you took a stroll on the beach after a really heavy lunch. In case of the latter, the number of footsteps you took would help you gauge your digestive effort where as in the case of the former it would only be something that would give you an excuse to do something. However, thanks to these Rambler shoes, you do not have to even do that any more since these shoes Tweet every step.

Doesn’t it feel like Twitter is actually stalking you? Annoying as it may seem, there’s little you can do to keep the surge from catching up on you.
[Gizmodiva]