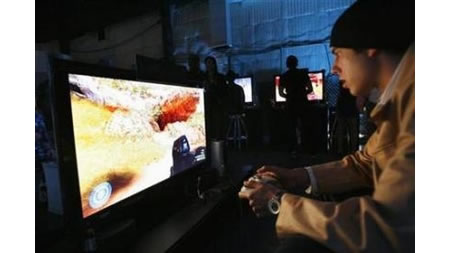 TV, film and game violence can make you aggressive

Seeing is believing, and we have to admit that what we see on the entertainment circuit, we try to emulate in real life too. Hence it comes as no surprise that studies have confirmed that violence depicted on television, films and video games raises the risk of aggressive behavior in adults and young viewers and poses a serious threat to public health. Actually you don’t need to be a big scientist to figure this one out, but it helps to know that the official biggies think likewise too! After pouring over more than 50 years of research on the impact of violence in the media, L. Rowell Huesmann, of the University of Michigan, and his colleague Brad Bushman accomplished that only smoking posed a greater danger. “Exposure to violent electronic media has a larger effect than all but one other well known threat to public health. The only effect slightly larger than the effect of media violence on aggression is that of cigarette smoking on lung cancer,” he said in a statement.

Smoking is the leading cause of preventable death, and is linked to lung cancer and other illnesses. Huesmann believes that children spend an average of three hours watching television each day and more than 60% of TV programs include some violence. And almost 40% of all programs show extreme violence. “Children are also spending an increasingly large amount of time playing video games, most of which contain violence. Video game units are now present in 83 percent of homes with children,” he added.
The results were true for both men and women. “The research clearly shows that exposure to virtual violence increases the risk that both children and adults will behave aggressively,” said Huesmann, concluding that it could have a particularly detrimental effect on the well-being of youngsters.
Source