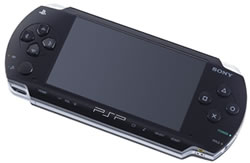 Experts at SophosLabs™, Sophos’s global network of virus, spyware and spam analysis centres, have warned users of Sony’s Playstation Portable (PSP) to think twice about “modding” their handheld games console after the discovery of the first malicious Trojan horse for the platform. The Trojan horse, which poses as a hack or “mod” to allow users to run unauthorized and “homebrewed” software, actually deletes essential system files on the PSP and renders it unbootable. “The good news is that you are extremely unlikely to have your shiny new PSP affected by this Trojan horse unless you’re intentionally trying to ‘mod’ it to run unauthorized software. It isn’t a virus, and cannot spread under its own steam,” said Graham Cluley, senior technology consultant for Sophos.