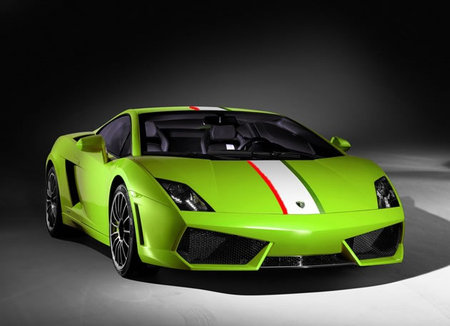 Ahh Italy, you’ve given us so much – Pizza, Popes, cars, Spaghetti, the mafia, beautiful women and did I mention beautiful cars? Well the Italians are making a big statement with their upcoming special Tricolore edition of the famous Lamborghini Gallardo. Initially we heard of a two-tone Bicolore edition was going to make its appearance at the upcoming Detroit Auto Show, but it seems that the next edition i.e. the Tricolore is apparently also going to be out later and is designed to pay homage to its heritage. The new addition will feature all of the colors depicted on the Italian flag (red, white and green.) to commemorate the 150 years of unification a major milestone for the country. The Tricolore should make an appearance in Geneva sometime in March of 2011.
[Autoblog]