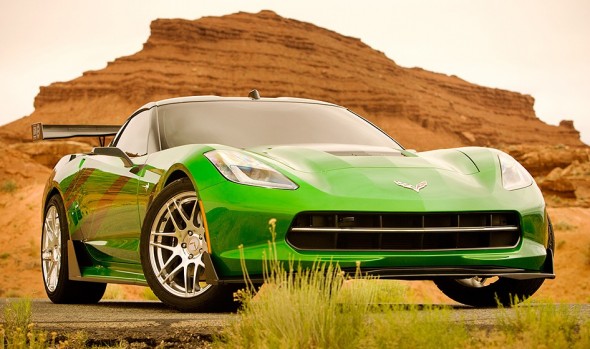 Transformers 4 to twist and grind the Bugatti Veyron and C7 Corvette!

The Transformers movie series has been pacing up our hear beats, more with the likes of four wheeled monsters rather than that foxy beauty. Yet, it brings much joy to us, learning that Transformers 4 will feature the undisputed speedster (don’t hold me literally charged for it), the Bugatti Veyron and the awesome C7 Corvette. Michael Bay could not hype the new movie any further for its car-crazy fan base. Would this feature some flashes of the missing Optimus Prime, we do not know but if you look at super cars on a whole, the Veyron does have so much of a legacy to take forward as Prime himself! The Chevy and the Bugatti will roll down the roads with much grandeur. The racing theme inevitably ties up with the Chevrolet Corvette Stingray and a Bugatti Veyron Grand Sport Vitesse so there may be some predictability in the tale that Mr. Bay has to tell us. But we settle for that and put our trusts in his brilliant concepts.


On Facebook, Bugatti has reported that the Veyron will ally with the Autobots. Another rumor states that Optimus Prime will be receiving an all-new body based on a Western Star ‘with a gaudy appearance that was seemingly inspired by Trick My Truck’.