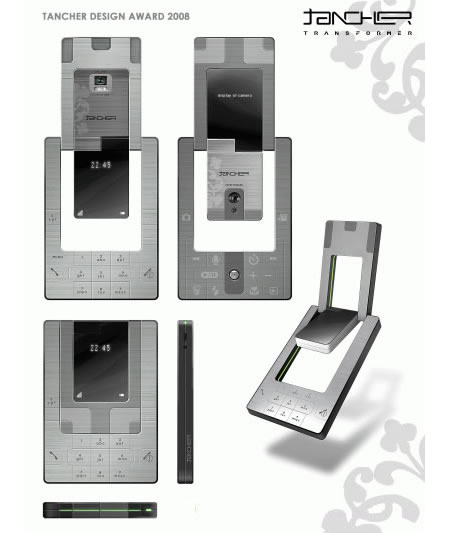 Designed by Shkinder Maxim, the Transformer Concept Phone works mainly as a cell phone but is also capable of taking photos/video and functions as a multimedia player, a projector, and even supports holographic imaging and 3D scanning. With so many independent swiveling and flipping displays that let you switch from one function to another with minimal effort; it’s only a matter of time that someone will commercialize this handset.
Source