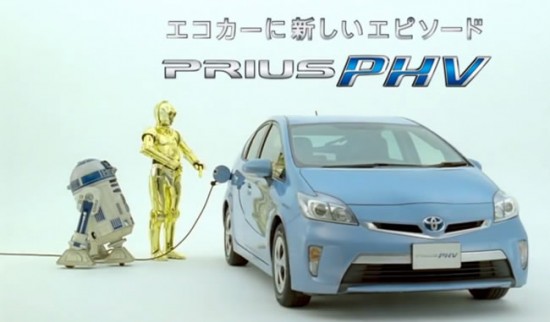 How do you get a substantial part of your geeky target audience to buy your car? Well, simply stick a bunch of lovable droids in the commercial and you’re bound to have people trample over each other in a rush to their nearest showroom, or so Toyota thinks. The automaker has featured the good old beeping R2D2 robot from the Star Wars series in its latest Prius plug-in hybrid commercial sharing information about the car in beeps with his metallic buddy C-3PO. A 30 second commercial, this one features the two robotic stars from George Lucas’ franchise discussing the car’s range and plug-in charging facilities, which we think is slightly amusing though equally musty.