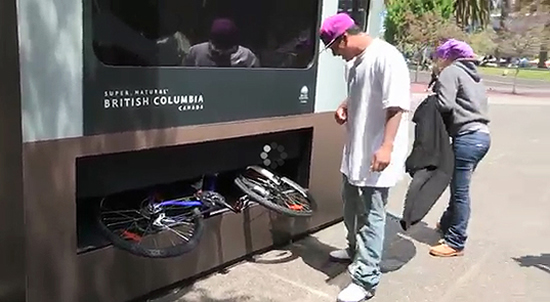 Vending machines tossing out bags of chips, chocolates and cans of soda for spare change have turned into a pretty conventional affair. What took us by surprise recently however was this stupendous vending machine that we stumbled across at the Justin Herman Plaza in San Francisco. Installed by Tourism British Columbia, this massive vending machine pops out bicycles, inflatable kayaks and surfboards to promote the firm’s outdoor activities and has left users stunned and grinning. A perfectly pleasing way to grab the attention of passersby and offering them goodies as such, Tourism British Columbia seems to have struck gold! 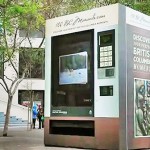 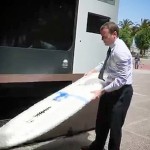 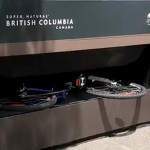 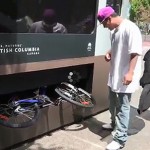