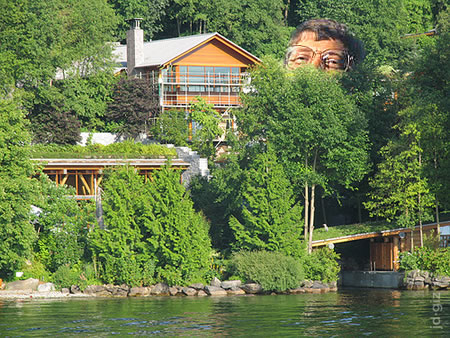 Microsoft fans just aching to see what the lifestyle of one of the pioneers of the computer age is like recently got the opportunity to bid for a tour of none other than Bill Gate’s home located at Lake Washington. As part of an auction for charity, the Gates’ offered a tour of their home. The winning bid this year was a whopping $35,000 as opposed to the measly $8,600 that won the tour last year. Could that be because its property value increased over time? Thankfully the money went to charity so it doesn’t seem like a total waste. The big question is, will good old Steve Jobs be doing the same? We could settle for a view of the Apple factory.
Via – [Luxurylaunches]