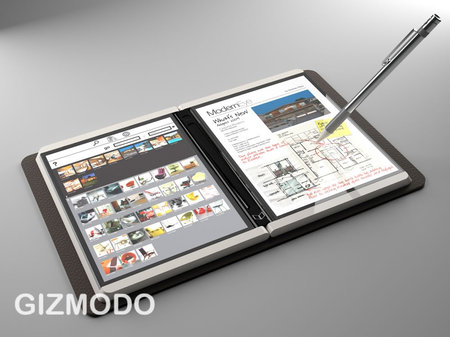 The Courier, which is the name given to Microsoft’s touchscreen tablet that was unveiled while the entire world is still waiting for the tablet from Apple. It is still in the prototype stages of development has a dual screen and folds like a book. The screen size is 7 inches and both the screens are connected with the help of hinges. This gadget was introduced at Gizmodo Gallery in New York. This is just a prototype and Microsoft has to confirm officially that this will come in the stores. So till then you can just keep looking at the images and cross your fingers that Microsoft will someday give the green signal for the commercialization of this product. Or you could even wait for the tablet from Apple!