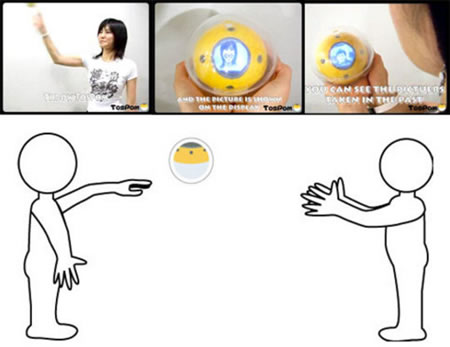 Toss the TosPom to the other player and the ball-shaped camera captures pictures of the catcher, his goofy expressions et al. You can view the taken picture on the in-built display and continue taking pictures of each other as you keep throwing the ball to-and-fro. Apparently no motive to this madness except that you can capture priceless expressions and probably sell them years later (for a handsome amount) when either of you get famous!