Toshiba has developed a Portable Gamma Camera which overlays color-coded radioactivity measurements over visual images. It is a more refined version of a similar concept which was tested and proven at the stricken Fukushima Daiichi nuclear power plant. At the first sight it looks like a sophisticated piece of camera which can take photographs. But it does much more beyond that. The on-board radiation sensor translates numerical readings into color-coded pixels i.e. green to red and overlays the colors onto each photograph. There’s also no film, disc or SD-card upon which to record the composite images. These are instead relayed to an assigned computer, laptop, tablet or other such display. 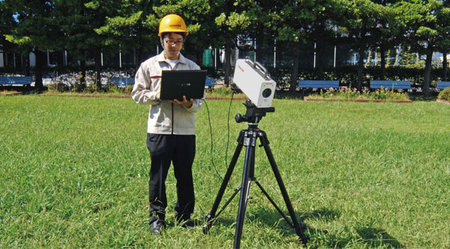