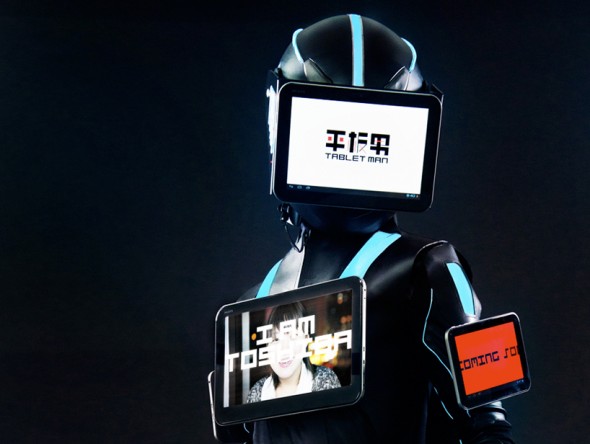 Super Nature Design and Great Works China have rolled out the Toshiba Tablet Man. This happens to be a ‘garment’ that helps better connection between individuals by creating opportunities for new relationships to be built. The absurd contraption is fitted with tablet screens that invite interactivity. This is later shared via YouTube and other sites in real time. The costume is fitted with sensors that capture engagements by controlling the sequence of EL responsive lights which illuminate the entire costume.


This may not be an inanimate super hero but at least he is more real than the men in tights. What remains to be asked is how this can be charged and is it literally wearable. This is part of Toshiba’s ‘future you’ campaign.
DesignBoom