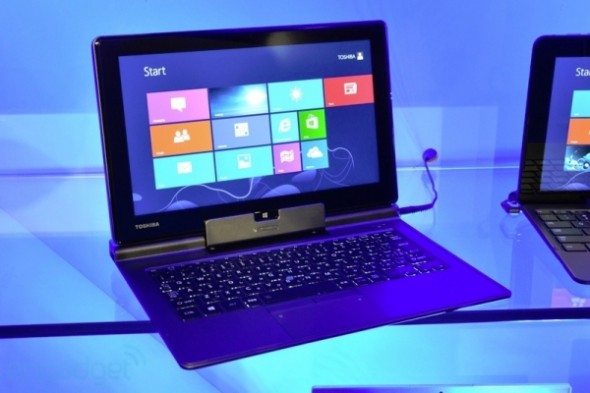 You’ve got a nice and elaborate tablet so why not add some point for quick and easy text input that is simple and effective? The Toshiba Portege Z10t Windows 8 Ultrabook delivering at par the promise it makes. This cool hybrid comes connected to a keyboard dock so that you can use it as conveniently as you would, a laptop. And as and when you need to pluck it free, you can, with the tablet detachability. We’ve seen several such hybrids shooting into the supply chain from across brands, however, it is Toshiba’s first attempt. The Protege Z10t has not gone official as yet but showed up at FCC last month. This week it made an appearance at the Intel Developer Forum in China.


The Toshiba’s Portege Z10t Windows 8 Ultrabook will detach and transform into a 10-inch tablet with USB 3.0, a micro-HDMI port, and SD card slot and more. It is bound to arrive by the second quarter of 2013.