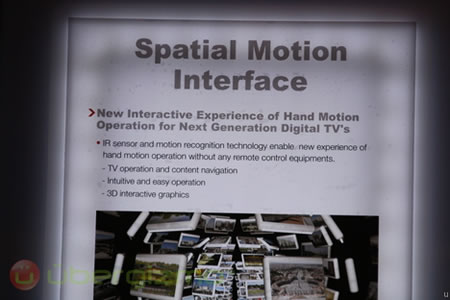 Toshiba demoed a motion interface for a TV set at the CES. Ubergizmo says, “The Toshiba representative was controlling a 3D globe made of many virtual screens. That could represent “channels”, which would make it the physically active version of TV zapping. Ideally, the channels would be life and all. In practice, we are most likely years away from a consumer version, but if that’s a possible remedy to having 5 remotes.”