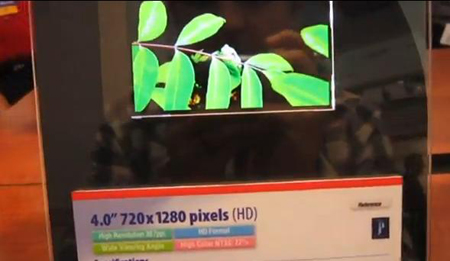 Apple have been basking in the glory of being the master of one the most impressive display screens for mobile devices. That may soon be heading to an end with Toshiba’s effort. The company revealed a pretty cool 4-inch display screen with an impressive pixel density of 367ppi. The iPhone currently tops the pixel per inch margin with a 326ppi screen that is easily displaced to second position. It is secondary that the human eye cannot distinguish between values of detail that exceed 300ppi. That’s fine with Toshiba, as long as they’re the world’s best for now. Their display supports resolutions of up to 720×1280 and a contrast ratio of 1000:1.

The screen supports an amazing viewing angle of up to 176 degrees. It beats the iPhone’s Retina Display by Apple pretty easily in the contrast and resolution numbers.
CNet