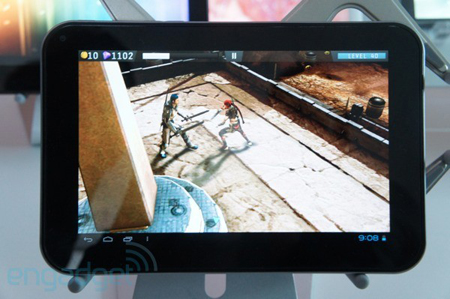 Toshiba brings forth AT270 quad-core Tegra 3 tablet as Excite 7.7

Toshiba are all set to unleash the AT270. Now that it has been reported ti have made an appearance at FCC, it’s not long before it arrives in prototypes of 13.3 inches and 7.7 inches. The quad-core Tegra 3 tablet will arrive as the Excite 7.7. With a thickness, as stingy as, 0.3 inches, you know that we’re seeing a fairly well shaped device. It will use an AMOLED display, have a microSD card slot, microUSB and camera.

The tablet featured at both CES 2012 and MWC 2012. It is expected at $500 with an extremely crisp display.
Tablet News