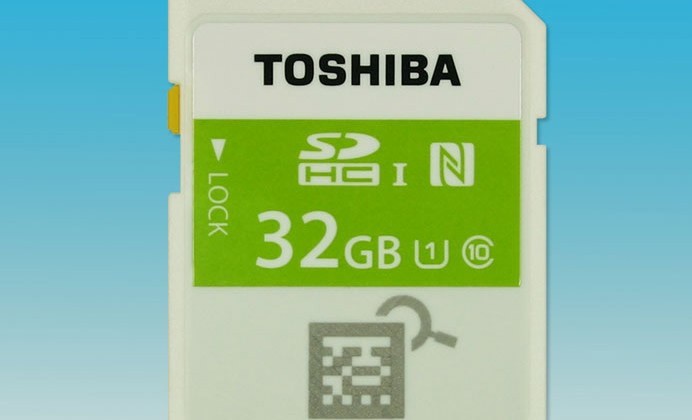 After Eye-Fi SDHC cards that featured built in Wi-Fi connectivity for near instantaneous transfer of images to a nearby shared PC, the next step was to add even more functionality to the basic memory card format of storage. Toshiba’s offering in this segment is with the world’s first NFC enabled SDHC memory card.

By hooking up with your Android smartphone, the car will not only indicate how much space has been consumed but will also give you a preview of what’s on the card. No longer will you need to hunt around for your camera, phone, card reader or other compatible devices to see how much space you left on your card, or what’s on it. Simply tap the card to your NFC enabled smartphone and voila, instant preview! The system couple up with the corresponding Android app called ‘Memory Card Preview’. There is one drawback however, it seems that although you will know just how much of space is left to be used, you’ll only able to get a information of up to 16 thumbnail previews of what’s on the device. Nonetheless, for professionals who use multiple SDHC cards, this would more than adequate and a pretty great tool.

The Toshiba NFC SDHC cards will be available in 8GB, 16GB and 32GB capacities and although showcased at CES 2015, won’t be available for retail until sometime in Feb. Pricing is yet to be announced.