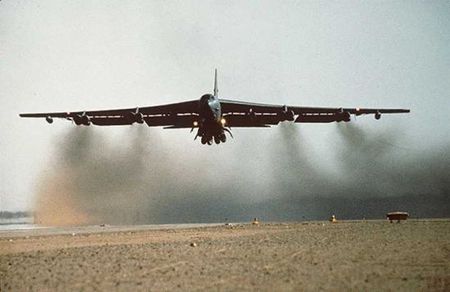 The US Military budget was raised to US$532.8 Billion for the year 2007, around 3.7% of the country’s GDP. This is more than the combined defense budget of China, Russia, UK, India, Japan and the next 10 countries which top in world military spending. To keep all the tanks, ships, aircrafts and Humvee’s moving in battle’s around the world takes a lot of fuel. Did you know that the Abrams tank can travel less than 0.6 mile per gallon of fuel.
Here are a few facts on the US Military Oil Consumption.
5) Over half of the fuel transported to the battlefield is consumed by support vehicles, not vehicles engaged in frontline combat. The top 10 battlefield guzzlers in the U.S. Army, only 2 are combat vehicles (the Abrams tank and the Apache helicopter). The other eight carry fuel and supplies.
(Continued after the jump)

3) In 2006 Air Force consumed around 2.6 billion gallons of jet-fuel which is the same amount of fuel U.S. airplanes consumed during WWII (between December 1941 and August 1945). The mighty B52 bomber (pictured above) consumes 3300 gallons per hour, the F16 Falcon burns 800 gallons per hour and the KC-135 Statotanker an aerial refueling tanker aircraft consumes 2650 gallons per hour.
2) The Department of Defense is the single largest consumer of petroleum in the U.S and the US military is the biggest purchaser of oil in the world. In 2006 the US Military consumed 117 million barrels or 320,000 barrels per day. 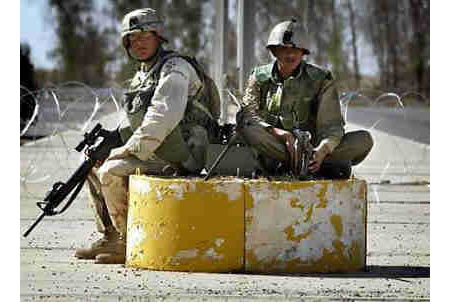 1) With upto 15 gallons per day per deployed soldier in January 2007 the American GI is the most energy-consuming soldier ever seen on the field of war.
Source