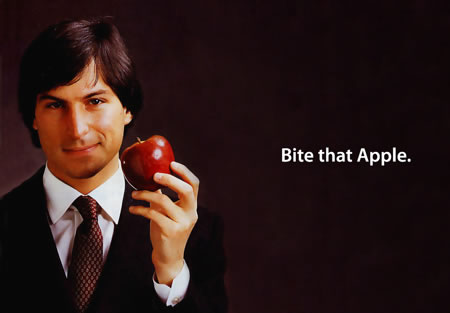 All of us are subject to possessing discrepancies in what we do, who we are and in what we achieve. These are qualities that are looked down upon, as they are not visible in those people who have some kind of outstanding abilities in them. The reality however is that the great among us, posses these discrepancies at an even excessive scale. Steve Jobs is no different, whether it was the time he forced his parents to move just so he could get into a different high school, to when he chose to keep some of his friends out of the Apple IPO because he didn’t trust them. This man was thrown out of the company that he founded only to be pleaded back in, and later titled as Fortune Magazine’s ‘Influential businessman on earth’. He reshaped three different industries and even in his early fifties seems to be just starting out.
How much of Steve Jobs do you really know? We are proud to present
The TOP 10 Little known facts about Steve jobs
10
Steve Jobs, who is deeply spiritual, wanted to study and experience spiritualism and existentialism in India. He wanted to visit the Neem Karoli Baba at his Kainchi Ashram. He set out to India in 1974 along with his best friend from REED, Dan Kottke. On reaching India, they learnt that the man they were looking for had died.

9
Steve on his return to Apple in 1996 was feared in the company for his now infamous elevator brief ups and subsequent firings of low performing employees.
8
Steve commands a salary of just $1; he is estimated to be worth over $5.4 Billion.
7
When Apple II, launched with the most innovative GUI of the time, Steve aged 25, became one of the youngest millionaires of his time.
6
Steve Jobs is a Buddhist and a vegetarian.
5
Steve like his rival Bill Gates was once known to be arrogant and commanding, and was even called a leading Egomaniac by Fortune magazine. After which he was thrown out of Apple in his 30s, he later found that parenthood calmed him into being wiser with life.
4
Atari was making a game called Breakout, which was released in 1976 at that time Steve Wozniak was a 25-year-old and Jobs was just 20. Atari had offered US$100 for each chip that was reduced in the machine. Jobs had little interest or knowledge in circuit board design and made a deal with Wozniak to split the bonus evenly between them if Wozniak could minimize the number of chips. Much to the amazement of Atari, Wozniak reduced the number of chips by 50, a design so tight that it was impossible to reproduce on an assembly line. At the time, Jobs told Wozniak that Atari had only given them US$600 (instead of the actual US$5000) and that Wozniak’s share was thus US$300.
3
Steve Jobs had dropped out of college but he continued attending calligraphy classes at Reed, He is noted to have said, “If I had never dropped in on that single course in college, the Mac would have never had multiple typefaces or proportionally spaced fonts,”
2
Steve Jobs was the first-born child of Joanne Carole Schieble and a Syrian father Abdulfattah Jandali, He was adopted by Clara, and Paul Jobs, a middle-class American couple who struggled to make ends meet. Steve is very annoyed when they are addressed as his adoptive parents, he refutes by saying “They were my parents”
1
Steve Jobs did not know he had a sister from his actual parents until he was an adult even though they both grew up in California. His sister is Mona Simpson, an accomplished novelist and essayist. Through his sister, Steve even located his mother Joanne Simpson, after which he always included her in family gatherings or important events.
When asked whom he admired the most as CEO Bill Gates said, “In terms of an inspirational leader, Steve Jobs is really the best I have ever met.”
The answer to the question who are you? Could be answered by saying
I Pod I Tunes and I Phone, therefore i am. Bravo Steve Jobs here’s to many more achievements and extraordinary breakthroughs.