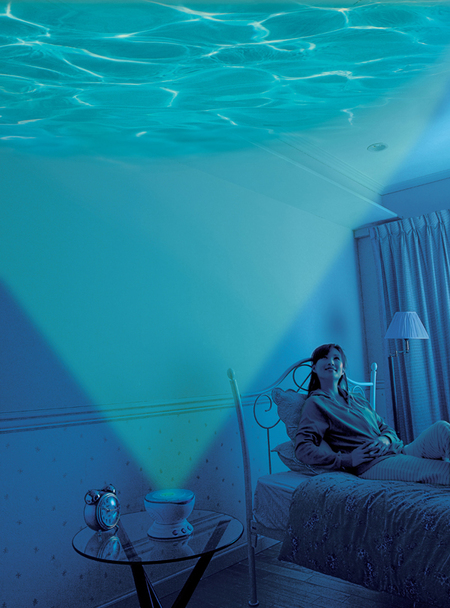 Tomy Umine projects the sea to help you relax

Takara Tomy Japan is out with the Umine a small projector to be kept in your bedroom. Switch it on and it projects the image of outhern sea sparkling in sea water along with sounds of waves and chirping birds. So after a hard day of work you can escape into the illusion of a Hawaii vacation only to wake up the next day for the same grind. You can enjoy four locations the beach, deep sea, dolphin and the forest. In addition to this you can plug in an iPod or audio player via the 3.5 mm stereo mini slot. 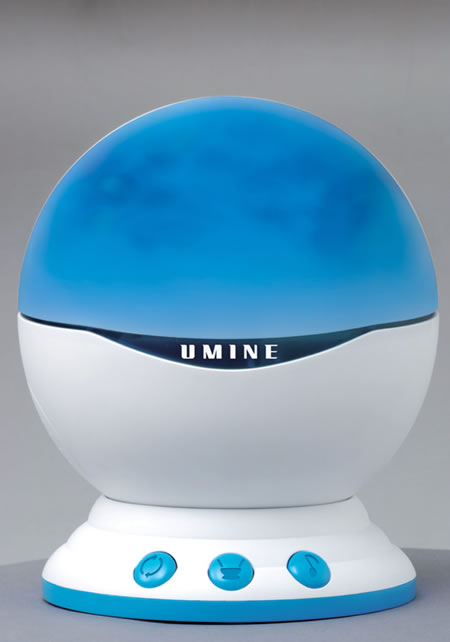