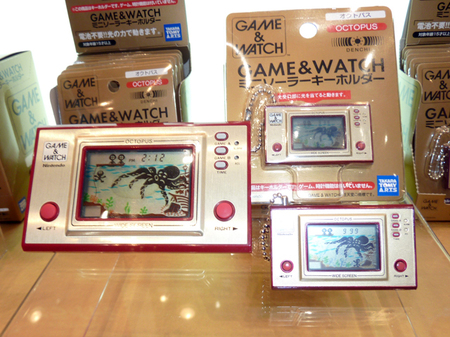 Tomy Game and Watch keychains live up the nostalgia

The Game and Watch handheld games were a hot favorite when released in the early eighties. Each of these time killers featured a game to be played on the LCD screen along with a clock and alarm, thus the name Game and Watch. TakaraTomy aims to bank on the craze with the Game and Watch keychains, they are solar powered a lot smaller in size than its predecessors but miss out on one important functionality, you cant play games on it. It has a dummy screen and all the buttons but miss out on the game and will come with an alarm and a clock. They go on sale in Japan from March and will sell for 997 Yen ($11) a piece.
[Takara Tomy]