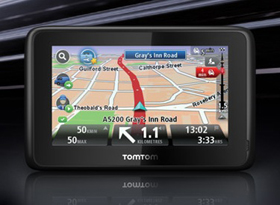 Large vehicles make it to longer distances, most often. What sets them apart is the ability of their exceptionally skilled drivers who seem to have geographies etched at the back of their palms. Yet, even they could do with something as handy as the TomTom Pro 7100 truck GPS Device that spins their ride right round with a 4.3 inch display screen with capacitive touch, Integrated Bluetooth, 8GB memory via an installed microSD card, IQ Routes, LIVE service support, Map Share and text-to-speech.

There’s no telling about how receptive are truckers to a technology like this. It is specifically built to guide them on trucker-friendly routes. It pack maps of 45 European countries. It is priced at Euro 300.
iTechNews