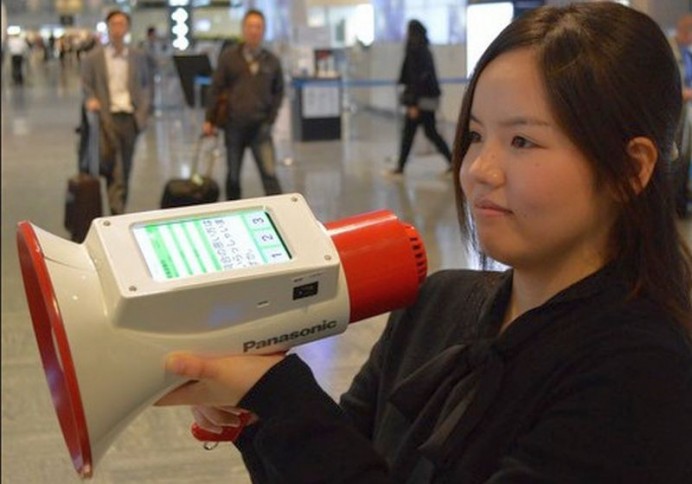 Japan surely receives a large number of international travelers and communication is often a barrier. While many Japanese do manage to communicate with the confused bunches of tourists and international business travelers in English, it isn’t everyone’s cup of tea to understand the announcements at public locations such as airports. Citing this challenge, Japan’s Narita International Airport in Tokyo has tested a megaphone translator that repeats announcements at higher volumes and then translates them to English, Chinese and Korean. The contraption is called the Megaphoneyaku, which simply means megaphone translator. The functionality is very similar to that of a smartphone translator.

The megaphone is being tested at the airport to see the practicality of its use. It has been developed by Panasonic and was earlier implemented in the 2014 floods, when airport staff faced challenges communicating with passengers. This amazing idea has truly been inspired by a serious need to create seamless communications beyond the limitations and barriers of language.