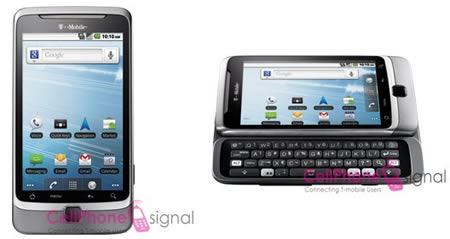 With all that we saw with the T-Mobile G1, we could only expect a non-disappointing revelation from the leaked images of the G2. The sequel seems to have built up on just about every department. It will have a slide-out QWERTY keyboard that doesn’t seem any less ergonomically-speaking. Powered by a 1GHz Snapdragon processor, the G2 may well qualify as a worthy carrier of the Froyo operating system. As far as communication is concerned it can be well decked with HSDPA and 3G connectivity. And oh yes, it will also have a 5 megapixel camera.

There was some word about the G2 being a ‘pure’ Android device. That’s something we have to witness first hand.
[Mobilecrunch]