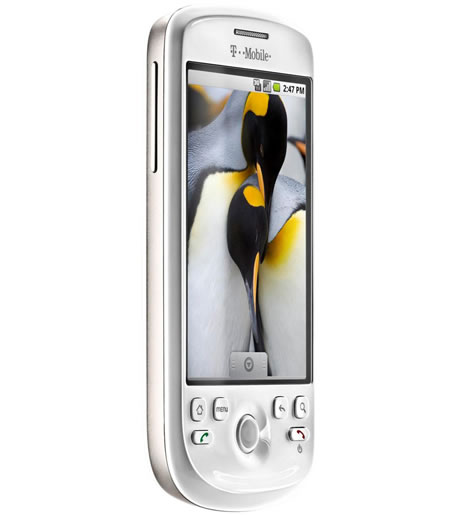 The much awaited HTC myTouch Android phone has already seen the light of day with other carriers in various regions, all over the world. It will be making itself to our shelves with T-Mobile and a bunch of tempting specs to say the least. The Quad band phone will provide with 3G, EDGE and GPRS. It’s 3.2 megapixel camera can directly upload media to YouTube and Picasa. Other features include Wi-fi, 3.2 inch HVGA touch screen (sweet!), 4 GB microSD card with expansion slot, GPS, support for Microsoft Exchange and above all, it provides with a score of customizable options that can be added thanks to the GENIE (Geodelic ENgine for Interest Evaluation) learning engine.

There are a few setbacks like the camera needing a higher megapixel and joystick like buttons but what matters is that we can now say that we have it too! It will be available for pre-order on July 8th for $199 after a 2 year contract. It should land here by August.
[BoyGeniusReport]