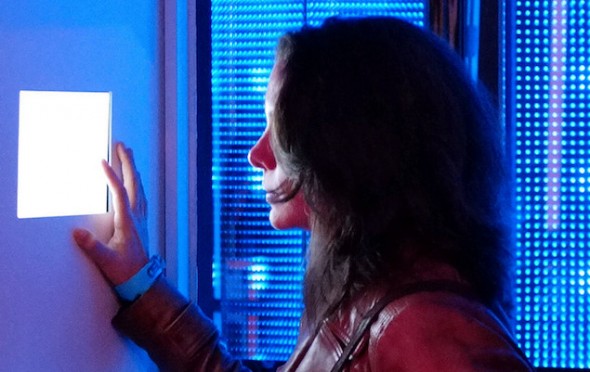 Tired of jetlags? Delta might have found a cure

Travelling itself is very tiring and jetlags make the experience more unpleasant. Airlines Delta along with their creative partner Wieden+Kennedy New York, have come up with a device called ‘Photon shower’–designed to alleviate jet lag via light therapy–to promote Delta’s commitment to making travel easier for its passengers. The device was showcased at TED2013 Long Beach conference, a name synonymous with innovation. While the photon shower was designed specifically for TED2013, Delta is considering the option to install it at the airports in future. Inspiration for the Star trek like device came from Wieden+Kennedy, working upon research by Professor Russell Foster of Oxford University. According to Foster’s research, a photoreceptor in the eye that regulates our circadian rhythms, or master body clock, reacts strongly to blue light with a wavelength of 480 nanometres. By targeting that receptor, the light shower resets the ‘master clock’ to overcome the effects of skipping time zones. London based company Nexus was approached to build the complex design.


The compact chamber of ‘Photon shower’ has a LED panel, photon bathers are greeted with a pleasant narration and ambient sound, with flowing blue animations on the LED wall inside the shower. The shower uses light therapy to rejuvenate the user and increase alertness. People attending the TED2103, mostly travelling from different place, were given a demo of the shower. Delta tweeted a picture of the device, from the TED conference, where the airlines along with Dr. Russell introduced the product. 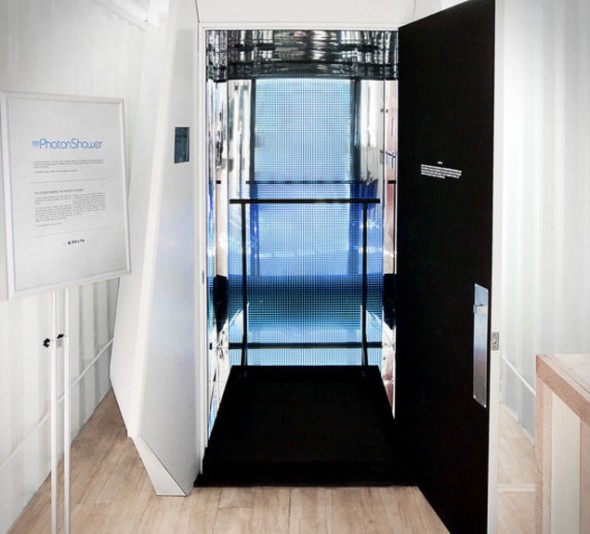