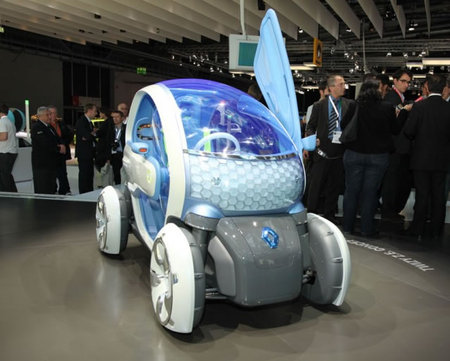 Tiny and slow, the energy-efficient all electric Renault Twizy

We wouldn’t call this one a car. This four wheeled contraption by Renault called the Twizy should have, on a lighter note, be called the Twinkie instead, given that it lacks the macho and aggression you’d probably look for in a car. It sticks to the cutesy side and is highly efficient though, unlike those bulky Hummers and such, with a 17 hp (13 kW) motor, while the Twizy 45 version sports a five-horsepower (4 kW) electric motor. If the horses on this one don’t keep you satisfied, we’re pretty sure the range will, delivering 100 km (62 miles) on a single charge and taking about 3.5 hours to charge from a 10 amp source. Oh and don’t get racey with this one. You’ll just end up with pink cheeks, as the Twizy goes about 80 km/h (50 mph) while the Twizy 45 crawls around at 45 km/h (28 mph).

With a back that looks like a horse-carriage, this sure isn’t the car you’d opt for if you’re looking for power, looks, space or speed. This two-seater is good enough for a clean and green drive around the neighborhood though. 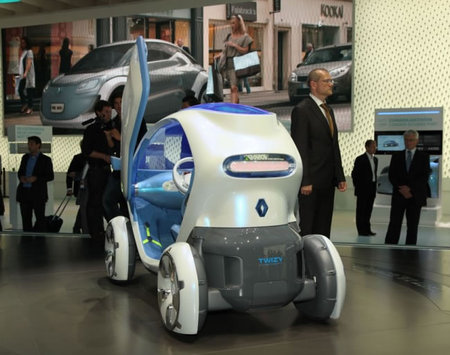 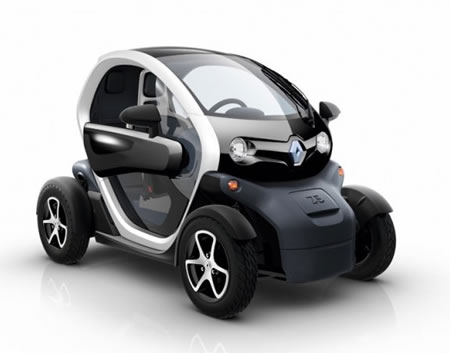 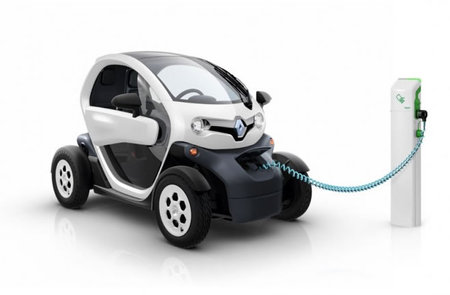