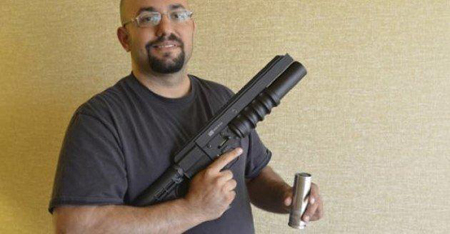 This camera launcher is made with military disciplines!

True firepower is all about shooting them all with all you have, till nothing stirs in the horizon you once detested. However, the idea of shooting has been taken in the other sense, inspiring the creation of this impressive DIY, military-inspired camera launcher. Vlad Gostom and Joshua Marpet are the brains behind the camera that has been modeled, based on an Israeli surveillance device. It pretty much operates as a 40mm grenade launcher that can be launched to gain a better view of your surroundings. The camera is made to fit in a 37mm flare gun, and once fired these flares will activate themselves to capture and deliver good quality video.

It’s still in its early days of design and utility evaluation. The harder tests will determine its credibility.
Ubergizmo