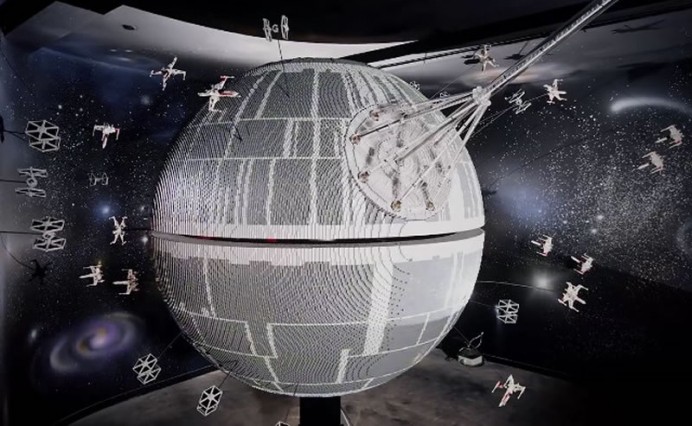 This legendary Lego Death Star is made of 500,000 choicest pieces

Standing 9 feet tall, this amazing tribute to the Death Star is made completely of Lego blocks. To be precise, it took about 500,000 pieces to create this mammoth 1,900 pound structure that’s will be on show at Legoland Windsor Resort in the UK. It goes without saying that the effort took an army of 15 builders to construct and it was a dedicated effort all through three months that saw the structure into completion. There’s much fanfare planned for the display of the Death Star with the promise of light and sound effects as well as a bunch of X-wings and TIE fighters hovering around the Death Star, keeping watch for any rebel activity.

Last year we saw the becoming of another 500k-piece giant Death Star that was just as breathtaking and we’re very eager to look at this one as it comes with the promise of all those cool light effects and sentry spacecrafts keeping vigil.