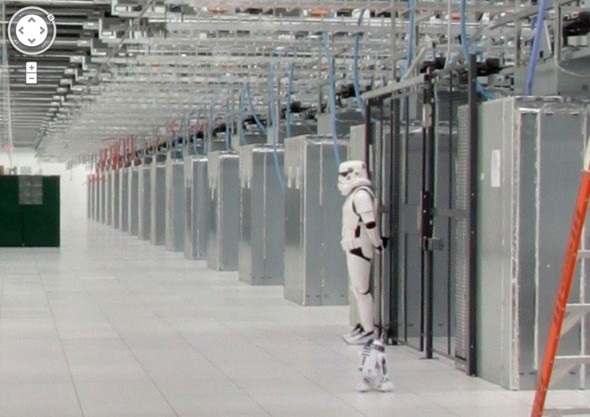 This is what powers the Internet

Ok, not the entire Internet, but life without Google Search, Gmail, Youtube, Google Maps and other Google products would be hard to imagine. In a first, the search giant has allowed a first look at its eight mammoth data centers that power the Internet. Google provides engineers bicycles to move inside the intricate maze of thousands of servers and miles of cables and pipings. the above picture is a Street View tour of North Carolina facility which reveals Stormtrooper and R2D2 standing guard. 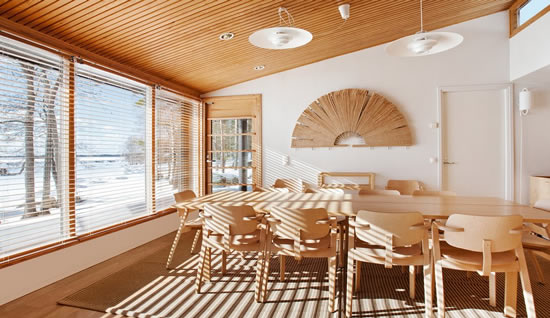 From Google: “Different data centers offer different amenities. This conference room, inside our Hamina location, is just outside a sauna area which is available for employees whenever they like.” 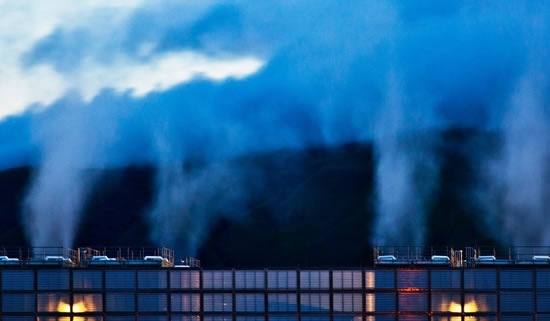 From Google: “Steam rises above the cooling towers in The Dalles data center in Oregon. These plumes of water vapor create a quiet mist at dusk.”

From Google: “This family of deer have moved in next to our Council Bluffs, Iowa center.” 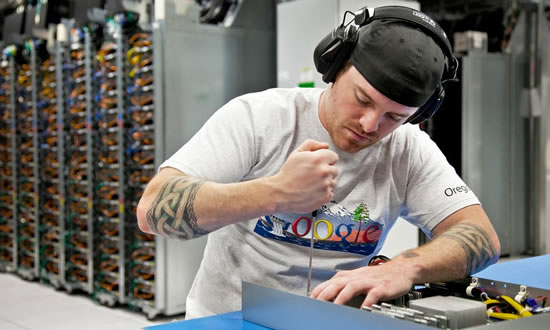 From Google: “Mike Barham swaps out a motherboard. When server parts break, we first try to repair them. If we can’t, we break them up into raw materials (steel, plastic, copper, etc.) and recycle the components.” 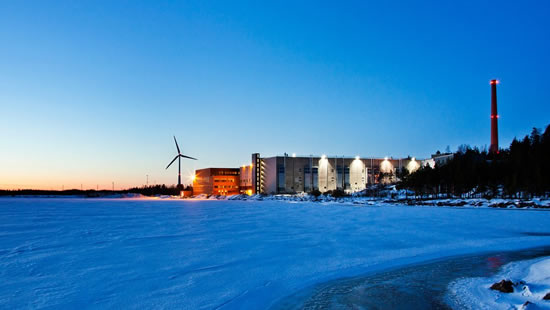 From Google: “A beautiful landscape forms during winter in Finland, as the gulf ices over and creates a picturesque view.” 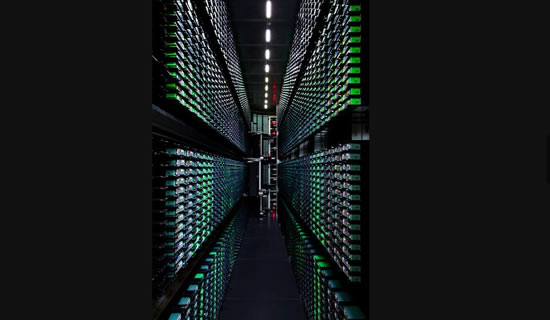 From Google: “In case anything should happen to our data, we have it all backed up. One of the places we back up information is here in our tape library. Robotic arms (visible at the end of the aisle) assist us in loading and unloading tapes when we need to access them.” 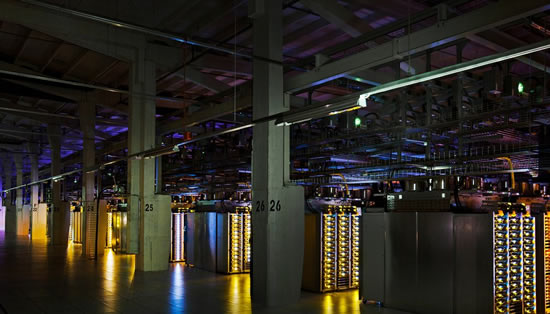 From Google: “Server floors like these require massive space and efficient power to run the full family of Google products for the world. Here in Hamina, Finland, we chose to renovate an old paper mill to take advantage of the building’s infrastructure as well as its proximity to the Gulf of Finland’s cooling waters.”

From Google: “Blue LEDs on this row of servers tell us everything is running smoothly. We use LEDs because they are energy efficient, long lasting and bright.” 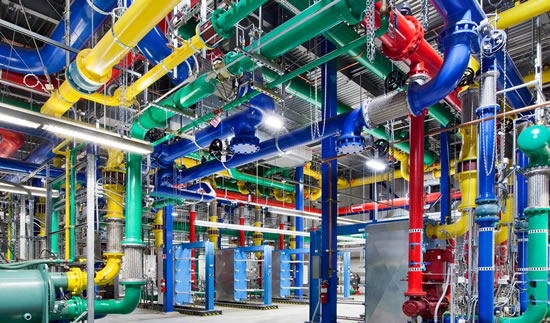 From Google: “These colorful pipes are responsible for carrying water in and out of our Oregon data center. The blue pipes supply cold water and the red pipes return the warm water back to be cooled.” 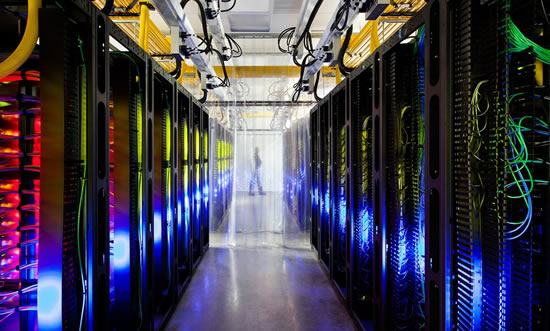 From Google: “Inside our campus network room, routers and switches allow our data centers to talk to each other. The fiber optic networks connecting our sites can run at speeds that are more than 200,000 times faster than a typical home Internet connection. The fiber cables run along the yellow cable trays near the ceiling.”