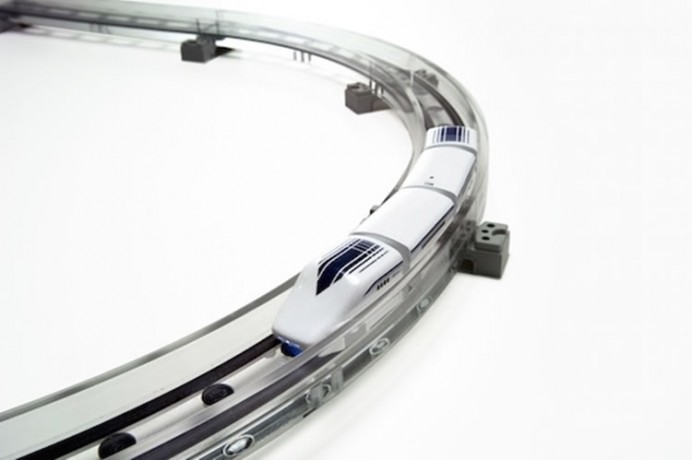 Back in the day when we thought of toy trains, it had to have a station with a horn and the smoke, the smoke was very important. But this isn’t those times. This is 2015 and when the children (and some select adults) think of toy trains it has to be more than the ancient chugger. Behold the fully operational Linear Liner Maglev Train Toy that employs magnetic levitation to travel at astounding speeds on the toy track. Takara Tomy have developed this model and themed it around the Central Japan Railway L0 train. While the full scale model manages to travel at 375 mph, the toy will cover distances at an impressive 4.3 mph. This particular model is 9.9 inches long and is a four-car model.


The Tomy Takara Maglev toy train uses a series of magnets on the rails that allow the train to float 2mm above the tracks. Magnetic current on the underside of the trail help it navigate along the track. It can be booked now and will arrive by September 18th at $458. 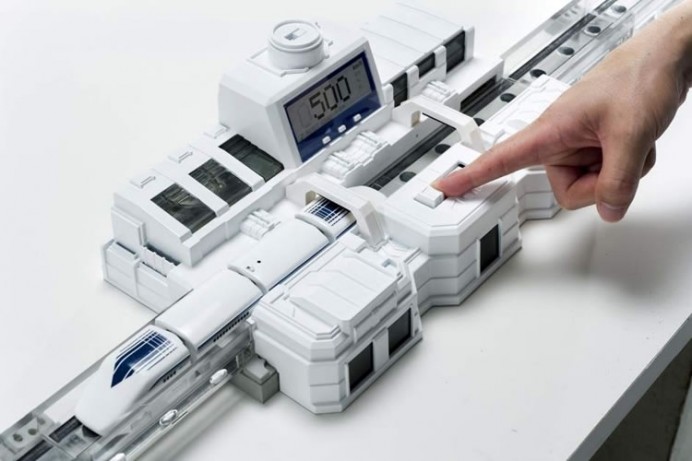