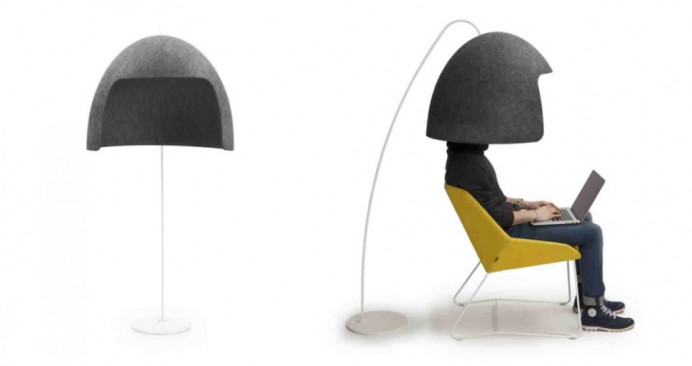 If concentrating on something has always been a challenge for you then you need to shut the world out. However, this isn’t possible in every corporate setting, which is why you need to invest in an innovation that shuts you in a reclusive zone, even when surrounded by colleagues. This headgear is called the Tomako and it creates a barricade between your audial and visual senses and the rest of the world. You could use it like a horse’s blinders by mounting it on a stand and letting it hover around your head area or you could place it on a desk and surround the upper half of your body in its cavity.

Some may find the shape of the Tomako to be a little too awkward to sport around a swanky work desk. But then again, those with sleek desks aren’t the ones with a challenge of proximity. For us geeks, this simply reminds us of Juggernaut from the X-Men. Who would dare mess with someone having those credentials?