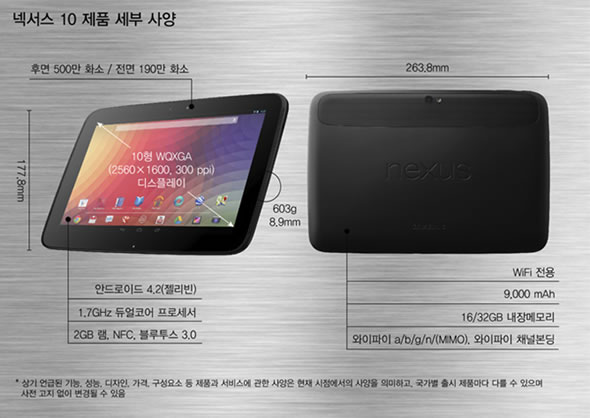 Samsung have been quite active on the release front, now that they have a phone to show off Windows Phone 8 and a few more to ride the all new Android 4.2 Jelly Bean platforms. Among the many things they have been raving about is the Nexus 10 tablet. Armed with a 10-inch form, an A15 dual-core processor clocked at 1.7GHz and 2GB RAM, this device was set to hit high benchmarks. Yet, along came a hurricane and took our hopes of a scheduled launch away. In the midst of all the revelations, Samsung Korea let slip new of a 64GB variant of the phone arriving soon.


This did pick our ears and the immediate removal and alteration of the image, so as not to accommodate this detail anymore triggered our curiosity even further. Now it’s a call between a mistake and an unintended leak.